On June 22nd, MEXT and JASSO held their annual reception for newly arrived MEXT scholars in Kobe and MSA was also involved in the organization of this event. 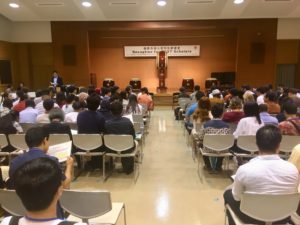 As usually, the ceremony started with the customary and always enjoyable Wadaiko (Japanese drums) performance, presented by the energetic Wadaiko Group of the University of Marketing and Distribution Sciences. 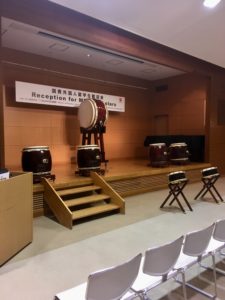 This year, the ceremony was presented by MSA Executive Committee members Austin, the President of MSA, and Harry, the Kanto Regional Head and Head of Operations, in simultaneous English and Japanese. 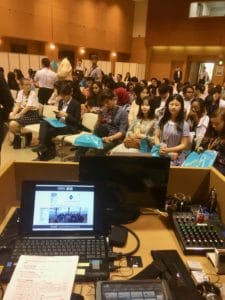 As soon as the explosive Wadaiko performance ended, the audience of newly-arrived MEXT Scholars was enthusiastically cheering for the skillful performance we all enjoyed! As the stage was being cleared and prepared, Austin and Harry invited the attending officials from MEXT and JASSO onto the stage. Mr. Kengo Iwamoto, (Deputy Director-General, Tiger Education Bureau, MEXT), Mr. Takaaki Oguri, Senior Specialist, Office of Student Exchange, Student Support and Exchange Division, MEXT) as well as Mr. Hideki Yonekawa, Vice President of JASSO and Mr. Tomoya Yoshioka, President of JASSO, all gave a heartwarming welcome address to the new MEXT Scholars, wishing them to excel in their academic and professional careers but also prompting them to not forget to enjoy life in Japan, having fun while delving into the society and culture of this unique country. 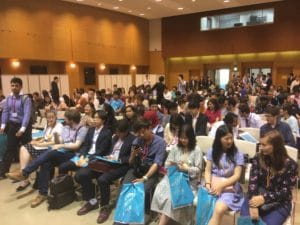 Next in line, Yeekien Chong, an MSA Kansai team member and Kyoto University Scholar, gave an informative presentation on behalf of all the scholars who have come before, while also touching on vital issues of academic and social life in Japan.

The ceremony concluded with an energizing talk and presentation by the always enjoyable Gustavo Dore, CEO of Motify Inc. and MEXT Scholarship alumnus. Gustavo won the audience of scholars and officials by uniquely framing the realities of successful social adaptation and professional life in Japan, through the prism of his personal, inspiring story. His talks are always a strong call to action, and as usual, he kindly stayed around after his talk to offer a more specific workshop that went deeper into those issues, one that is always very popular with new scholars! 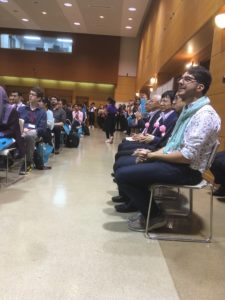 To conclude the main reception, a group picture of all attendees was taken, and the scholars started leaving the Main Hall to visit the booths, seminars and workshops.
MEXT, JASSO and MSA prepared several fun workshops and insightful seminars for the attendees to experience Japanese culture and to learn more about life as an International student in Japan.
Japanese Culture Experiences were offered in the form of a Noh theatre workshop led by Ms. Miki Miyauchi from the National Noh Theatre, as well as Japanese Tea Ceremony kindly organized by Hyogo University.
In parallel, a multitude of seminars were offered by Senior MEXT Scholars and alumni, such as “Job hunting in Japan”, led by Ms. Elif Berna Var, “Developing your own research network” led by Mr. Fernando Palacio, “Becoming a researcher in Japan” by Ms. Putri Pratiwi, “Advice for your research career” by Ms. Julie Taeko Gramlich, “Work as a university teacher”, by Ms. Yulia Burenina, and “The experience of research activities with books” by Ms. Tatiana Berezikova. 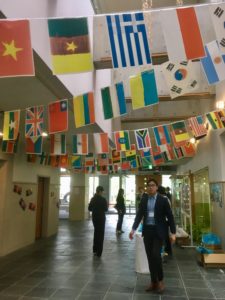 All seminars were well attended and many attendees told us they found the content provided highly valuable.

After this, it was time for the Networking party! The third part of the reception started out with a round of Rajio Taiso, (lit. radio exercises), led by MSA’s President Austin. Rajio Taiso is a part of Japanese culture, broadcasted every morning and practiced by many Japanese people as part of their daily routine. It’s a fun way to stretch out a bit and relax from any formalities before starting to socialize and meet new friends and fellow scholars! 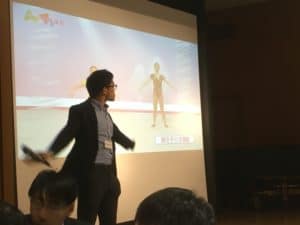 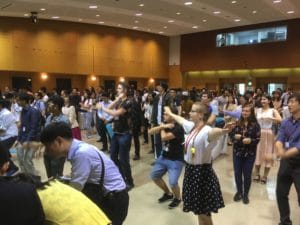 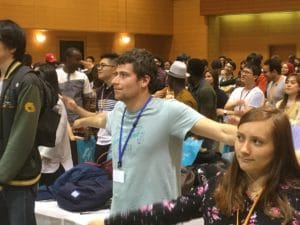 After the workout, MSA’s Kansai Team Francisco Renteria gave an inspiring toast and everyone rushed to the buffet to enjoy the colorful assortments of delicious Japanese bites and snacks. 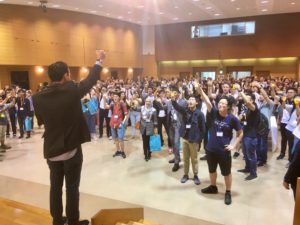 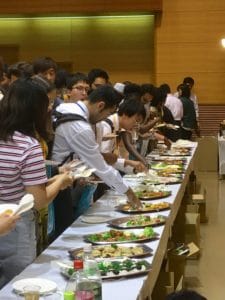 After some food and drinks, and as people had already started to get to know each other, it was time for another fun suprise, the Kahoot quiz! Austin presented a quiz about life in Japan using Kahoot. The attendees formed groups, made up a name for their group and discussed the correct answer for each question among themselves.
The questions used in the game are always really funny, and at the same time test the reflexes and knowledge of participants on various important topics that deal with life in Japan. A fun and bonding way to end a long day and learn new things!

It was a full, very exciting day, and of course many thanks go to Anirban Chakraborty, Vice President of Regionals and Chika Kondo, the Kansai Regional Head and the rest of the MSA Kansai team for the wonderful and thoughtful hosting.

We hope that everyone had a good time and we can’t wait to see you again at one of our next events!