The MSA Tohoku team organized the so-called Career Pathway on the 27th of July, where we invited MEXT Alumni to share their experiences as MEXT scholars and the career opportunities and advantages that they faced in Japan. We had a total of four speakers out of whom three joined us on Skype while one participated in person :

The event witnessed around 20 enthusiastic participants and started with a welcome speech and introduction by the head of the MSA Tohoku team Shreya Santra. This was followed by talks given by our speakers. The common area of the talks was the current job scenario in Japan, things to keep in mind while hunting for a job, relevance as well as importance of the Japanese language and the role of networking, especially through conference attendance and SNS platforms. 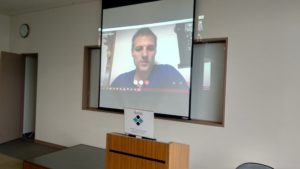 Dr. Palacio joined us on Skype and he talked about the do’s and don’ts of job hunting in Japan and about how social media can be used in order to find vacancies and jobs available. Another key area of his talk was efficient ‘networking’ and things to keep in mind while doing it. 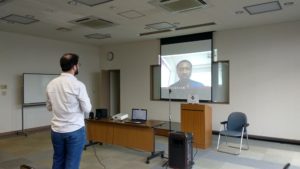 Dr. Owoyemi, too, joined us on Skype and mainly talked about three topics; platform, portfolio, and exposure. As for platform, he talked about using various platforms available, such as LinkedIn, Facebook, Meetup, Angelist, etc. to be aware of the opportunities present and to grab them. He then talked about building our resume (both in English and Japanese) and things we should add such as publications and references. In the end, he talked about gaining exposure by attending conferences, job fairs and having casual meetups with companies to land a better job. He also added the importance of gaining and learning new skills that would keep us above the competition. He emphasized on taking up online certificate courses on Coursera or EdX, which will add a bonus to our resume. 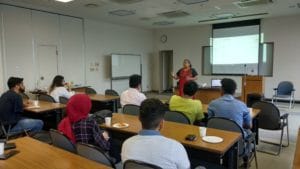 Dr. Saksena gave us a glimpse into an academic career by sharing her experiences during her time as a Masters and PhD student, being a woman in the Engineering field and her laboratory’s role in her achievements. She also emphasized the importance of networking for research collaborations and keeping those contacts for the future in case of career switches.

Last but not least, we heard a presentation by Austin Zeng, who mainly talked about the statistics around jobs in Japan, and focused on the structure and procedures around it. He talked about the right time to start preparing for job hunting, advising us to start way in advance, but he also added that it is never too late so one shouldn’t give up and continue preparations.

We had a Q&A session after each presentation, which helped the audience clear any doubts and queries they had about the job hunting process, and helped them gain a deeper and better perspective about jobs in Japan. At the end of the event, each one of us in the room was better informed, gained new knowledge, and felt more secure about getting a job in Japan.

We look forward to seeing you at one of our future events!