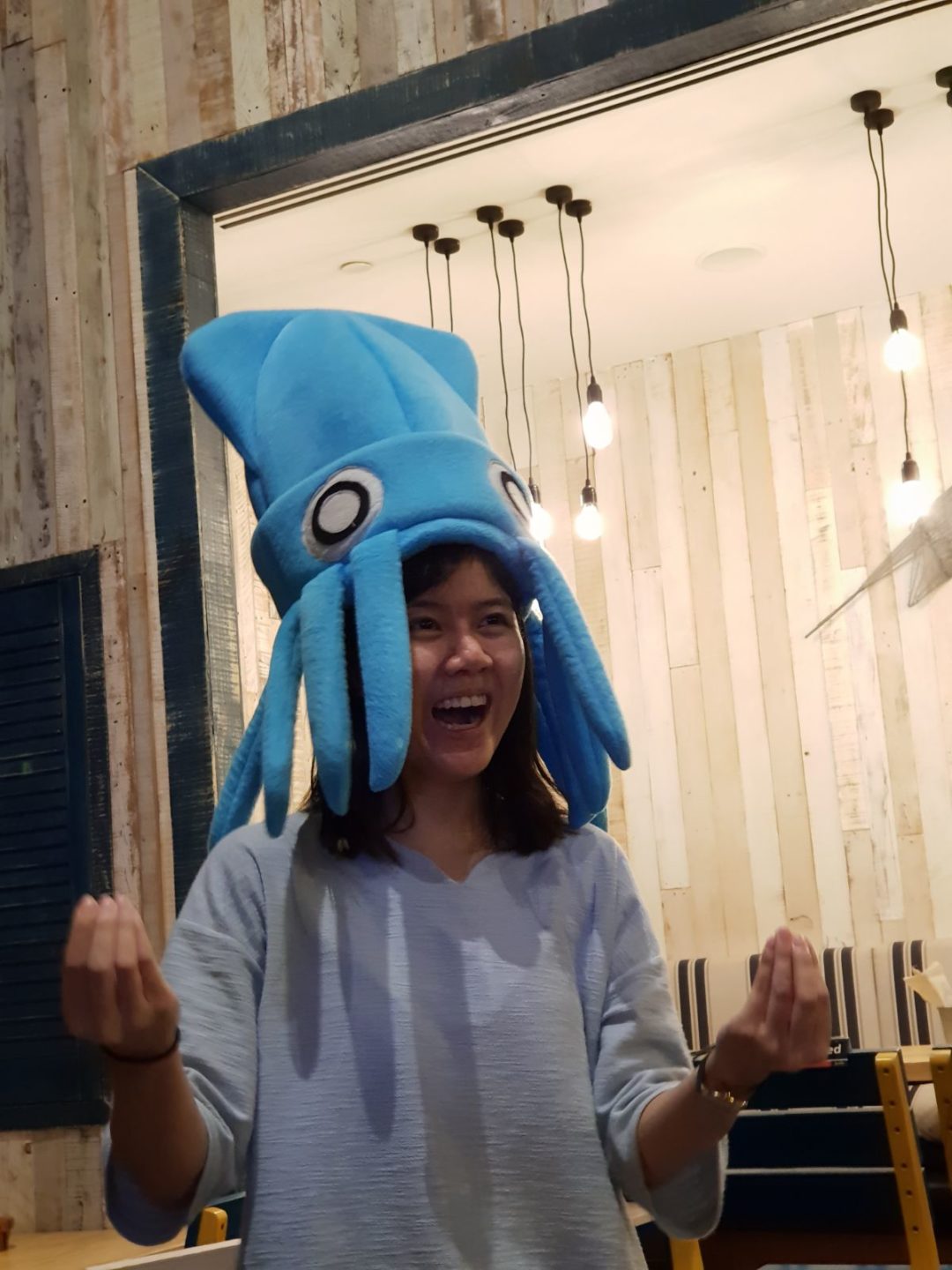 Data-driven maker Sau Yee Chan kindly sat down for an interview with MEXT Scholars Association, conducted by Nattanon Tharachai, on June 17th, 2019 in Tokyo. Sau Yee came to Japan in 2011 after growing up in Hong Kong and spending 6 years in Singaporean middle school and high school. She studied intensive Japanese program at Osaka University for one year. Then earned her bachelor’s degree in Urban Engineering from the University of Tokyo in 2016. She continued her education in France and earned a master’s degree in Transport and Sustainable Development from École des Ponts ParisTech in 2017. During her master’s program, she interned at a startup in Singapore, working on big data analytics and visualization for various smart city and transport projects. She then joined a Japanese telecommunications company based in Tokyo and has been working there since 2018. There, she has been involved in mobile location data AI and an American startup that her company invests in.

Could you share your inspiration to come to Japan?

I was studying in Singapore before coming to Japan. In Singapore, everyone was bilingual so I wanted to learn a third language to make myself different and picked Japanese. I was studying Japanese after school for two years while I was in high school and I really liked the language. To master Japanese, I started looking for ways to come to Japan and that was when I found the MEXT (Japan’s Ministry of Education, Culture, Sports, Science and Technology) scholarship.

How was your experience as a MEXT scholar in Japan?

The first year was special. I went to Osaka University, Minoh campus to study Japanese for one year. That was one of the most fun years for me because I got to meet people from around the world who have the same goal of trying to get into a Japanese university. Minoh was quite remote from the city so we had to hang out with each other, learn Japanese together and explore Japan together. I like that friendship. Saying goodbye to the 146 bento containers we have collected over the course of one year in Osaka University.

After entering the University of Tokyo, at first, it was quite lonely. There were not many foreigners at Japanese universities, so I was the only foreigner in my class of 30-40 people. At first, it was difficult to understand what they were saying. I could follow the classes because I could follow the texts or the slides along with the lecturers, but when I was with friends, they spoke in casual terms and slang. In the first six months or one year, I had difficulties catching up in terms of conversation, but from the second year onwards things got better and I could understand what people were saying in Japanese.

Besides studying, I joined a sakuru [club activity/ サークル] and did baito [part-time job/ バイト] and it was a lot of fun.

I joined the cycling club, inspired by the manga [Japanese comics/ 漫画] Hachimitsu to Kuroba [Honey and Clover/ ハチミツとクローバー]. The main character confessed to a girl and got rejected. In order to find himself, he cycled from Tokyo all the way to Hokkaido, because he wanted to see how far he could go by his own strength.

Did you also cycle all the way to Hokkaido?

Actually no, I went to Okinawa {soft laugh}. I took my bike on a plane to cycle there. That was fun!

I made good friends in that club. At first, we didn’t really have foreigners. I was the first one, and then people started joining, even exchange students who were there for only one year. It got more international.

I stayed at the club for four years, but from the third year, I had to switch campus so I went to their events less often.

What part-time jobs did you do?

I did a lot of part-time jobs. I like traveling, but as a MEXT scholar, I didn’t have much money. We received 120,000 yen per month, which is barely enough to live in Tokyo. I worked for a program called Ryugakusei ga Sensei! [International student is the teacher!/ 留学生が先生！], where international students can give lectures on their own culture and their experiences in Japan to Japanese primary school, middle school and high school students at public schools.

I taught English to kids and adults on and off. I also worked as a web designer, experiment assistant at university, and waitress at a French restaurant.

How were your studies at university?

I think Todai (short for Tokyo Daigaku or the University of Tokyo) was special. In the four years undergraduate program, we were given the first two years to take liberal arts courses to explore rather freely. My major was international relations at that point, but I also took other classes like Indonesian, French and environmental science. Thanks to that experience I decided to switch my major from international relations to urban planning in year two.

Then during the third and fourth year it was time to focus on the major. I did projects and course work with local governments to draft a master plan for the next 5-20 years, then presented to the government officials in that area. It was intense and it was at that time when I met some of my closest friends. What did you do after graduation?

After four years at the University of Tokyo, I was sick of that place {laugh}. I think every international student might feel at some point that they are here in Japan for too long. For me and a lot of my friends, we faced the decision of whether to continue to stay in Japan after graduation or not. At that point, I didn’t dislike Japan but wanted to see something new, to try a different lifestyle. I have been learning French for four years at that time and wanted to get a degree in Europe, so I started looking for scholarships and went to study in France for my master’s degree.

The master’s degree there was quite intense and tiring. In comparison, universities in Japan are rather easy, for both good and bad. In Japan, students have more freedom to do part-time jobs, club activities, summer schools, etc.

In France, a lot of projects require more critical thinking, proposing what to do with the acquired knowledge, actively working with teammates. Trip to Lyon, France sponsored by Renault Foundation, from which I received my scholarship.

(Photo taken by the Renault Foundation)

How did you find your way back to Tokyo from Paris?

I think I prefer to be in Asia in general. Actually, I was also back in Singapore for a while before coming back here. To completed the French degree, I had to do at least a six months long internship, so I decided to do it in Singapore. I was working for a startup as a front-end engineer (developing the user interface of software), while also analyzing transport data, because my major was in transport engineering. The startup was working on transport and mobility based on big data and mobile data. I liked Singapore too, but I missed Tokyo, so I thought I would like to come back. Candid shot at the office.

Were you offered your current job when you were in Singapore?

Yes. My current company happened to be recruiting in Singapore back then. I heard about it from a friend, so I went there and did the first interview. Then, I did the second interview by Skype, and I got the offer.

There were ups and downs working there. I think a lot of people have the impression that working in Japan is tough. I actually disagree, especially for MEXT scholars, given that we went to university here, know the culture and speak the language fluently. I think it is quite easy for us to work at Japanese companies. Furthermore, because of our cultural agility, we can speak Japanese, English and our own mother tongue, I think Japanese companies will appreciate people like us who can bridge cultures and provide a global perspective. So in my current role, I think I am recognized for that.

How has your work been at your current company?

Since I joined the company, I have been working for two teams as a data engineer.

In the first team, I was assigned to the AI team in the big data division, working with location data from phones and doing mostly PoC (proof of concept), because a lot of companies didn’t know what AI actually was and they were not sure whether it was useful or not. Usually, I had to do a proof of concept to show that the product was useful. Sometimes I met with clients to understand what they needed and what we could provide them. After that, we would try to make a prototype for them to show what our location AI could do for them, be it analyzing the flow of people in Tokyo, Japan or profiles of customers coming to their store. Our proposal depended largely on what the customer needed. We created a simple prototype for them and then persuaded them that they need it. I worked on three or four projects in the past year. Sometimes when PoC didn’t take off, we needed to start working on other projects.

On the technical side, I coded in Python, took care of the infrastructure (Amazon Web Services, Google Cloud Platform, etc.), automation by Google Apps Script and Slack API as side projects.

I was given a lot of freedom and autonomy in my role and I really appreciated that.

My former team was quite unique in the sense that we were multicultural, we spoke both in English and Japanese. Though some of my colleagues could speak only English. I have a Taiwanese senior who joined the company six months earlier than me. She couldn’t speak Japanese when she joined, but now she can speak rather fluently thanks to the Japanese courses and daily interactions in Japanese.

Then I wanted to see how other teams are like to really understand the company, so I decided to venture out of my former team.

In my current team, we are working with an American startup that my company has been investing in called Cinarra, which provides a safe new source of revenue to MNOs (mobile network operators) by giving marketers a secure platform to deliver location-based campaigns without any personally identifiable information. I am looking more at data from mobile cell towers, as well as device logs, so it is quite different and interesting. I get to experience different challenges while processing different kinds of data.

My team, consisting mostly of Japanese, works with the headquarter in California and the engineering team in Russia, so we work together with people in three different time zones.

Thank you very much for the interview! Finally, could you give some advice to the current scholars?

I guess at some point people will start wondering about job hunting (shuukatsu). My advice is not to be too philosophical about it, because you can never have all the information.

For starters, you won’t really know about the company/ the people there until you have worked there for maybe three or six months. Also, you won’t know what is “right” for you until you have experienced maybe three to four companies and learnt what is important to you. It is impossible to know what is the absolute best choice/ kind of workplace for you, so there is no need to worry too much! Just try out what you think will suit you best at that moment, and see how things go from there. All the best! Are You A MEXT Student or Alumni?