To celebrate our successes and share our plans for the future the MEXT Scholars Association held its second Annual General Meeting on the 25th of August, 2018. It was attended by over 50 members from various fields including business consulting, pharmaceutics, software development, and B2B manufacturing. Representatives from the Japanese Ministry of Education, Culture, Sports, Science and Technology (MEXT) and the Japan Student Services Organizations (JASSO), along with our Association Partners Originator, Curio Japan and Doorkel also kindly graced the occasion with their presence.

In his opening address, Mr. Oguri, Senior Specialist at the Office for Student Exchange at MEXT, called on all scholars currently in education to continue being proactive in the following three areas: (1) To actively take part in non-academic pursuits too, in order to learn about Japanese society on a deeper level, (2) to form strong bonds of support within the MEXT scholar community, and (3) to consider a career in Japan after graduation. In a globalized world, many Japanese organizations and individuals will appreciate the unique insights that MEXT scholars who understand multiple cultures can provide.

Next, Mr. Yamamoto, Director of the Student Exchange Programs Planning Division at JASSO, gave an address about his long friendship with an American MEXT scholar whom he had met when he was a college student. He was inspired by his friend’s curiosity and zest for life, and sees great potential in MEXT scholars to contribute back to Japan and the world. 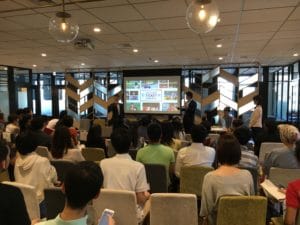 Following the opening addresses was the annual report of the Association’s activities in the 2017 fiscal year (Aug 2017 to July 2018), and committee’s plans for the next fiscal year. Focus areas for the next year are (1) to further expand our alumni network, both within and outside of Japan and (2) to increase the number of career support and professional development opportunities for both alumni and students. 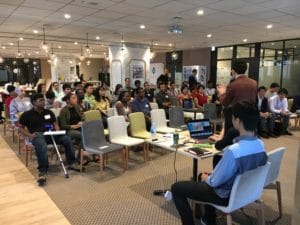 We also had a From Scholars to Scholars seminar, with the following alumni speaking about their professional experiences and plans for the future. This provided much inspiration to both alumni and students in the audience to be proactive about seizing opportunities to develop oneself and contribute back to society. 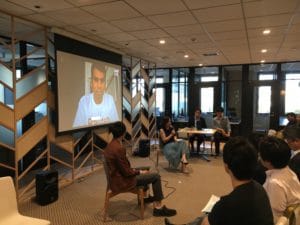 Finally, we ended the event with a birthday cake celebrating our successes in the last two years. Participants mingled over food and drinks, and a good number even joined the after party at a nearby gyoza place. 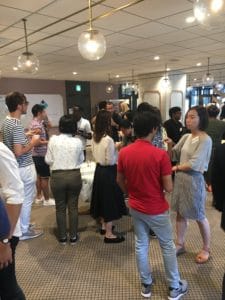 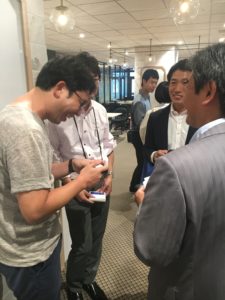 We sincerely thank all participants and partners for your continued support of the Association, and look forward to inspiring even more MEXT scholars, both alumni and students, in your pursuit of career and personal excellence. 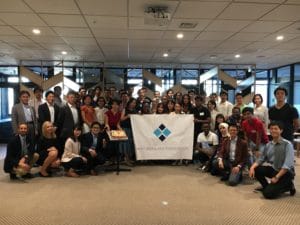